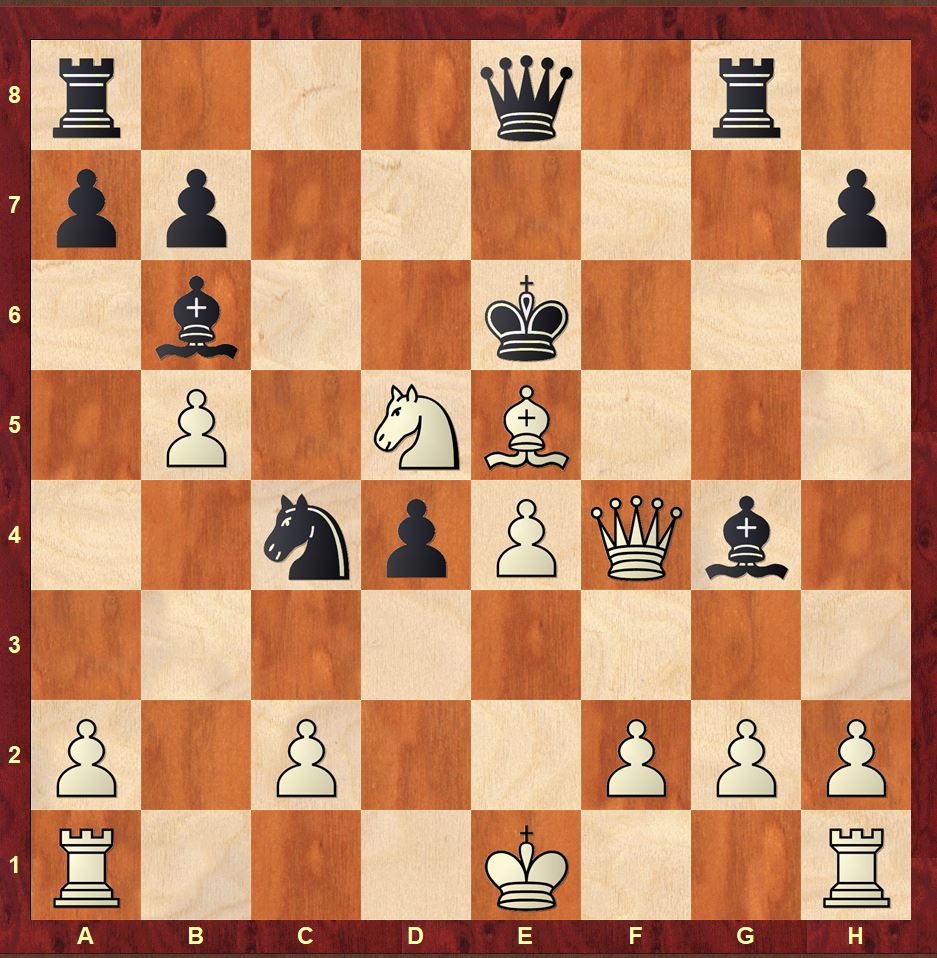 I came across the following game in the Illustrated London News of April 26th, 1930 under the heading “USA Naval SS Baffled” and the concluding sentence “This should ‘larn’ the Americans to steal our naval secrets”! Intrigued, I looked at the game which was indeed spectacular.  It was played in the London – Washington Cable Match for the Insull Cup, at which Sir George Thomas played on the second board against N.V Whitaker. The London players played their games at the Royal Automobile Club and the annotator (Ernest Irving) notes that after the 15th move, the English team took dinner. Having experienced the fine hospitality of Royal Automobile Club dinners, I am amazed that Sir George managed to play the rest of the game with such flair and precision!

The game was hot theory, following a game of Mlotkowski (playing on the 4th board of the same match) in 1904 (well ok, maybe not so hot!) and originally played in 3 Steinitz-Dubois games in 1862. The game had been quoted by Griffiths (who was acting as teller at Sir George’s board) in his “Modern Chess Openings”! Go to http://cloudserver.chessbase.com/MTIyMTYx/replay.html for a playable version of this game.

The annotator notes that “he was offered the gambit invented by Captain Evans, R.N. but possibly out of respect for the deceased seaman, declined the pawn!”

An unusual choice (5.a4 is the standard move in this position) though played successfully by Ganguly against no less than Aronian in the 2014 Dubai Rapid World Championship.

A novelty! Preventing Qh5+ and gaining a tempo by attacking the queen. Unfortunately, just like 11…Qg5, it allows White to get back into the game by preventing …Nc4. Apparently Sir George Thomas was expecting 12.Qd2 which however still allows 12…Nc4. His opponent played something much stronger.

Standard theory at the time this game was played. I couldn’t believe my eyes when I saw a game recently played by 2 strong grandmasters (and ending in a win for White!)

11…Nc4 is unfortunately for this line, rather strong. It hits the piece keeping White’s central position together. 12.Qh5+ looks scary, but actually demonstrates the drawback of having too few pieces developed to attack effectively! 12…Kf8 13.Qh6+ Ke8 14.Qxh7 Be6 and …Bxd4 or …Nxe5 is coming

14…Rc8 feels more natural, trying to get the offside knight on a5 into play. The text attacks the bishop on e5 and the pawn on b5 but leaves the dark squares around the king looking very holey.

A tempting but risky move, that allows the Black knight on a5 to get into play for free. Either 15.Bxd4 or 15.f4 were better, in both cases with excellent play for White.

Apparently at this stage, Sir George only had a few seconds (!) for his next 5 moves!

The text is understandable and would be strong were it not for a hidden point to 15…Nc4. It not only activated the knight…

21…Bxd2 22.Nf6+ Ke7 23.Nxg8+ Rxg8 feels a bit better for Black despite White’s rook and 4(!) pawns for the 2 bishops as White’s queenside is so weak: a couple at least are bound to fall before White gets his other rook into play.;

was the best line I could find, and my engine wants it too.

The deadly point to 15…Nc4: it also freed a5 for the bishop!