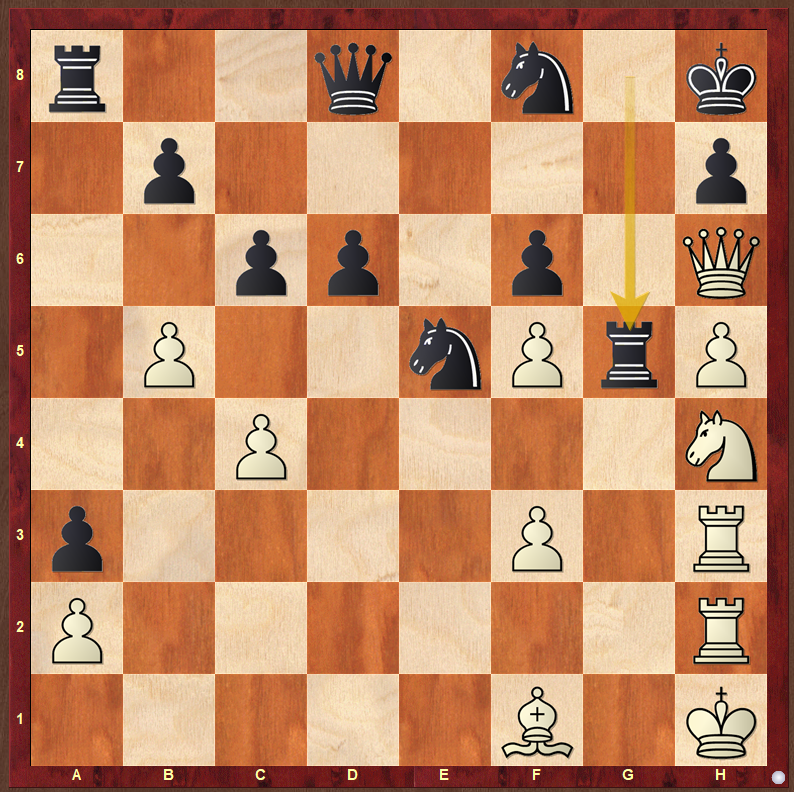 This super-quick article is in our Engine Snacks series! Ethereal catches Stoofvlees with a combination of 2 tactical themes: diversion and trapping. The position is so full of drama, that once you’ve seen it, you’ll never forget these tactical ideas!

Some positions have a lasting impact on you because they contain so much drama! These are the best games to learn and remember ideas from: both tactical and positional. One such position occurred in the game between Stoofvlees and Ethereal during the recent Viewer Submitted Openings bonus event in TCEC Season 21.

The first thing that you notice is the lineup of White’s major pieces on the closed h-file! The second thing you may notice is the mechanism Ng6+ that White might use to open the h-file, paired with the realisation that Black doesn’t need to capture it and can meet Ng6+ with …Kg8. However, then it strikes you that White’s queen on h6 is very short of squares and that …Nf7 is a severe threat! Stoofvlees’ evaluation after its next move was a massive 2.62 whereas Ethereal maintained a cool -0.01! Someone was missing something…

This was Stoofvlees’ idea, forking the knight and rook. 44…Nf7 does indeed trap the queen but is met by 45.Qxf8+ forcing the exchange of queens. If only there were a way for Black to move its queen from d8 with temp to protect f8 with its rook… Ethereal finds it!

The queen vacates the back rank with tempo at the cost of a rook… That’s a lot of material for a tempo, but not if you’re trapping the queen!

The knight on f8 covers h7 which allows the black king to escape away from the corner. Stoofvless had nothing better than the losing

which Ethereal converted without any problems.