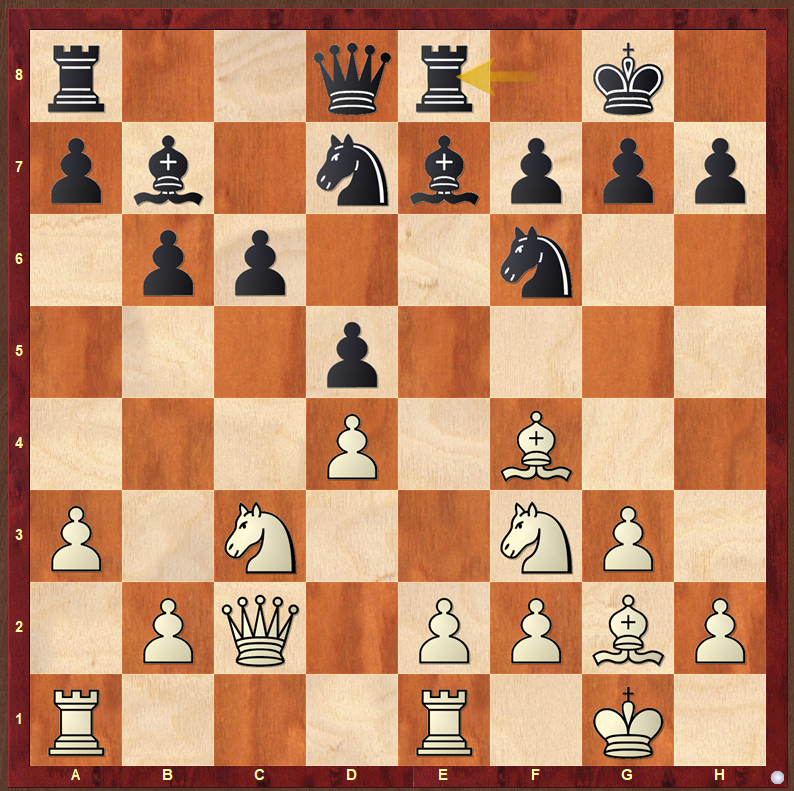 A central break on move 14 unleashes the attacking potential in White’s position creating an attack which combines mating threats and queen traps to leave Black bound hand and foot! It’s a really unusual attack with some instructive themes from a typical Queen’s Indian structure – well worth remembering!

A strong attacking move, not giving Black the chance to relieve its position with an exchange of knights on e4. Exchanging on e5 is a much less pleasant story! The pawn comes to e5 attacking the knight on f6 and White follows up with Nxe4 aiming at the newly-created outpost on d6.

Seer fights fire with fire, unwilling to concede White an iron grip on the centre after either 16…Nf8 or 16…N7f6.

is again very difficult for Black – Stockfish gives +3! An unexpected problem for Black is the shortage of squares for its queen, a theme that White continually weaves into its attacking moves

A fantastic idea, made all the more impressive by White’s quiet follow-up!

The threat of Qb3+ and Qg8# must be dealt with

The beautiful point of White’s piece sacrifice with 18.Nxf7! White will exchange off the black knight on d5 and then double on the e-file. White’s bishop on e7 will be unable to move due to the hanging rook on e8, and the rook on e8 cannot move because of the hanging bishop on e7! Meanwhile, after Nxd5, White gains the idea of Qh3!

This would be worrying and tricky for a human player, but the calculation required is trivial for an engine. All traps will be avoided!

And the exchange and a pawn up was always going to be enough for DefenceChess!