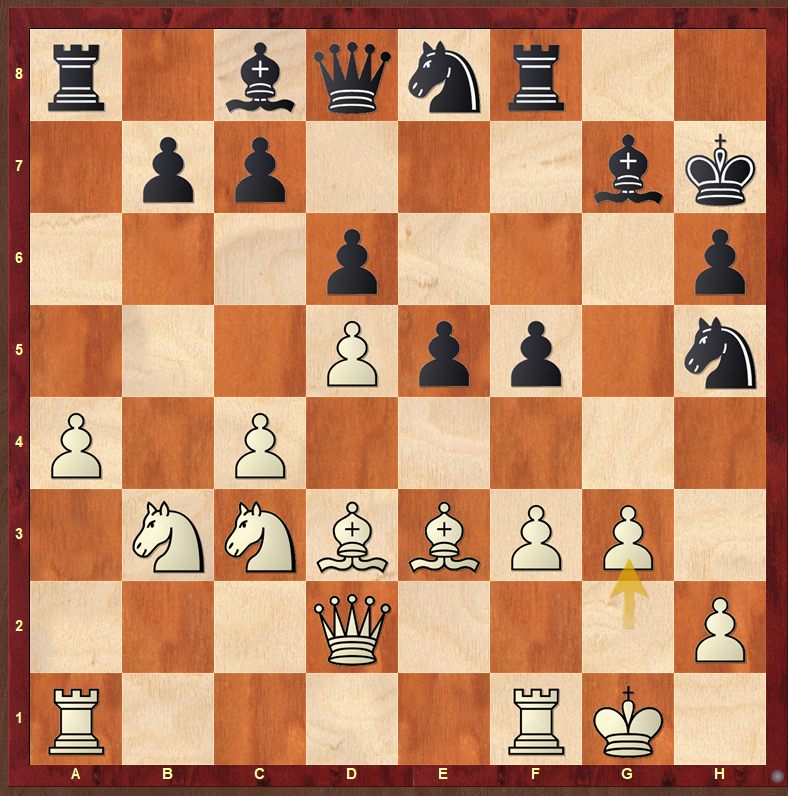 In “The Silicon Road to Chess Improvement” I devote a whole chapter to engine sacrifices. In particular I noted the astonishing pawn sacrifices that engines make for long-term dynamic compensation. Stockfish’s pawn sacrifice against AllieStein is right up there in terms of mystery and superhuman judgement! Knowing this idea and the reasoning behind it will broaden your understanding of chess and open up a whole new range of possibilities in many positions!

This position was reached after 20 moves of AllieStein-Stockfish TCEC Season 21 Division P (https://tcec-chess.com/#div=p&game=141&season=21). I felt that Black had developed awkwardly: this piece configuration with a king on h7 defending a pawn on h6 coupled with an open b1-h7 diagonal and a pawn on f5 pinned to the king is known to be irritating for Black. The king cannot leave h7 due to the loose h6-pawn, but the f-pawn cannot advance while the king is there! Stockfish’s solution made me laugh out loud: all those tortured thoughts and Stockfish just gives away the h6-pawn without a care in the world!

What does Black have for the pawn? That’s not easy to answer! Maybe a tempo, certainly the extra open h-file for the black king’s rook to pressure the white position. But is that worth a pawn? Having seen many such sacrifices in engine chess in the past few years, I’ve come to look at things in a different light.

Black’s position at move 20 was actually very good: a mobile central pawn majority, minimal white pressure on the queenside and a white kingside without too much piece cover. The only fly in the ointment was Black’s king on h7. Repairing that weakness is possible at the cost of a pawn… OK, deal! The pawn loss obviously counts in White’s favor – as does Black’s loss of control of some kingside squares such as g5 – but Black’s new-found freedom to fully explore the inherent strengths in its position also constitutes compensation.

You’ll notice that Stockfish doesn’t do anything crazy as Black in the next moves: it just plays normally to make use of the good facets of its position without worrying about being a pawn down!

The position is still tense as Allie pressures the f5–pawn which is the most exposed point in Black’s position. Stockfish boosts a typical King’s Indian break with an unusual tactic!]

30.fxe4 f4 31.gxf4 Bh3 is the clever tactical justification when Black wins the exchange while exposing the white king.

Stockfish keeps on playing aggressively. Note that White is struggling to keep control over the whole of its position: for example, the a4–pawn is hanging now White has brought the queen’s knight over to bolster the kingside. You don’t particularly feel that Black is a pawn down when you see the holes in White’s pawn structure. The ensuing tactics are intricate but Stockfish holds the balance beautifully.

Black’s wrecking of White’s pawn structure pays dividends: White’s is compelled to exchange queens after which Black will have plenty of easy targets in the endgame.