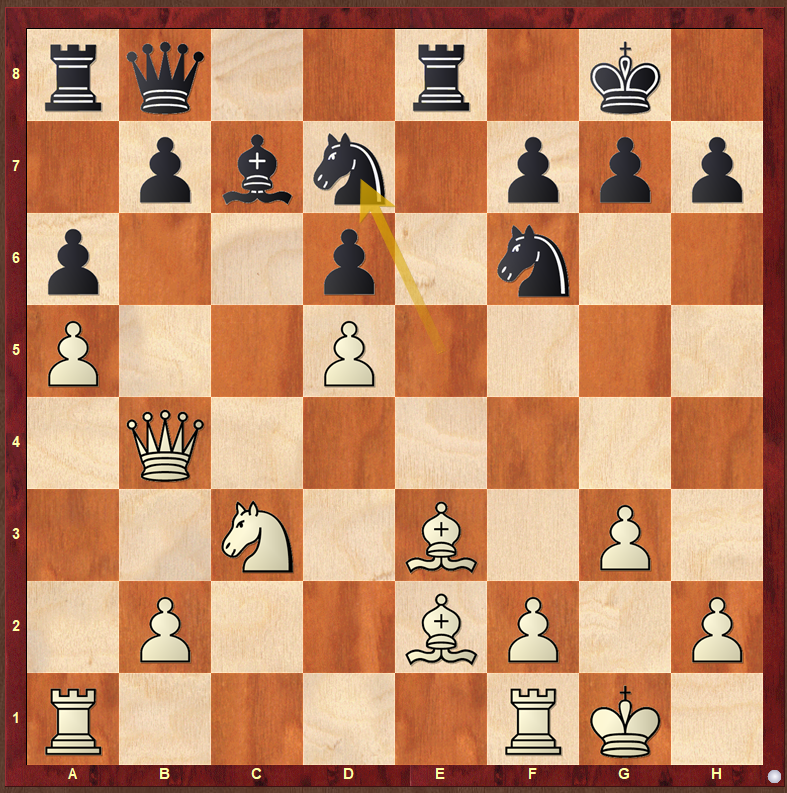 This super-quick article is in our Engine Snacks series! We see two power plays from Stoofvlees and Stockfish, expanding a queenside space advantage across the whole board with a powerful g4 kingside thrust! These are great examples of whole board play: a major theme I examine in “The Silicon Road to Chess Improvement” and it’s definitely something we should try and emulate in our own games!

Recently a TCEC chatter suggested that modern grandmasters had become much keener on positions with a space advantage because engines love space so much. I don’t know whether that’s true, but in my practice games against engines I have often been surprised by the boldness engines show in grabbing space against a cramped position.

White has the 2 bishops and a queenside space advantage due to the pawns on a5 and d5. Black’s last move – the clever retreat 20…Ned7 – supports the freeing …b7-b6 break and even introduces the Ulf Andersson-like exchange sac …Rxe3 into the position.
I was looking at subtle ways to prepare for Black’s freeing attempts; Stoofvlees played a move that hadn’t entered my consciousness but that I instantly approved

Stoofvlees exploits an opportunity to spread its queenside space advantage to the kingside with the concrete threat of g5 winning a knight, as Black’s 20…Ned7 to support …b6 took away the knight on f6’s only retreat square. Stockfish was forced to abandon its plan and retrace its steps with

after which Stoofvlees had a pleasant advantage with

Stockfish of course managed to hold, but any move like 21.g4 that forces the opponent to abandon its plan and come up with something new is very powerful in human chess. You only have a limited amount of energy and calculating power during a game: an opponent who keeps crossing your plans will eventually exhaust you!

Our next game is Stockfish-ScorpioNN from the same tournament

White enjoys a significant queenside space advantage and my hand was reaching out for something routine like Rfd1 or Rac1. Stockfish’s choice was much more creative!

Just like Stoofvlees in the previous game, Stockfish grabs the opportunity to expand its space advantage on one wing across the whole board.

and with the g5–pawn controlling the f6–square, Stockfish had achieved control of a whole complex of dark squares all over the board! The finish was powerful as always!