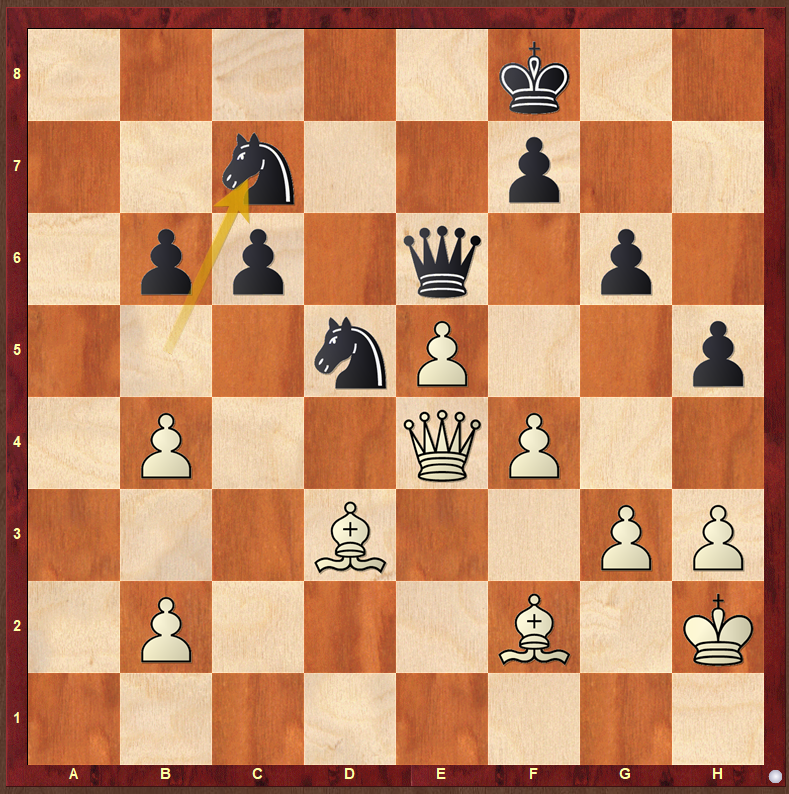 We showcase excellent endgame technique from Stockfish against Komodo. It illustrates a key thinking skill that we should apply in our own games when struggling to convert a pawn advantage in a long game!

Good technique is a matter of combining iron purpose with flexibility in execution. You know what you want to achieve, but you don’t beat your head against a wall trying to realize it in one specific way, getting frustrated and upset if it fails. This lesson came back into my mind while watching the TCEC Season 21 Division P game between Stockfish and Komodo Dragon. White is a pawn up with the 2 bishops and should have a decisive advantage. The obvious next step to progress is to realize the f4-f5 break.
However the immediate 52.f5 loses the b4-pawn to 52…gxf5 53.Qxf5 Nxb4. It can often happen towards the end of a long game that you conflate the idea that you want to achieve with the most obvious way to achieve it: “I want to achieve f5, Qe4 and Bd3 support f4-f5 so I need to make this exact setup work” That’s often a start signal for worsening the deployment of your other pieces to achieve your goal in the only way you have considered. It’s important – even when tired or stressed during a long game – to let your imagination roam further to reveal more elegant or efficient ways to achieve your goal.

We see this here with Stockfish’s 52.h4!

h4 prepares the lovely manoeuvre Bf1–h3, chasing the black queen from e6 and enforcing the f4–f5 break from another diagonal!

53.Bf1 Nf6 is annoying so White first accurately steps out of the pin on the e5–pawn.