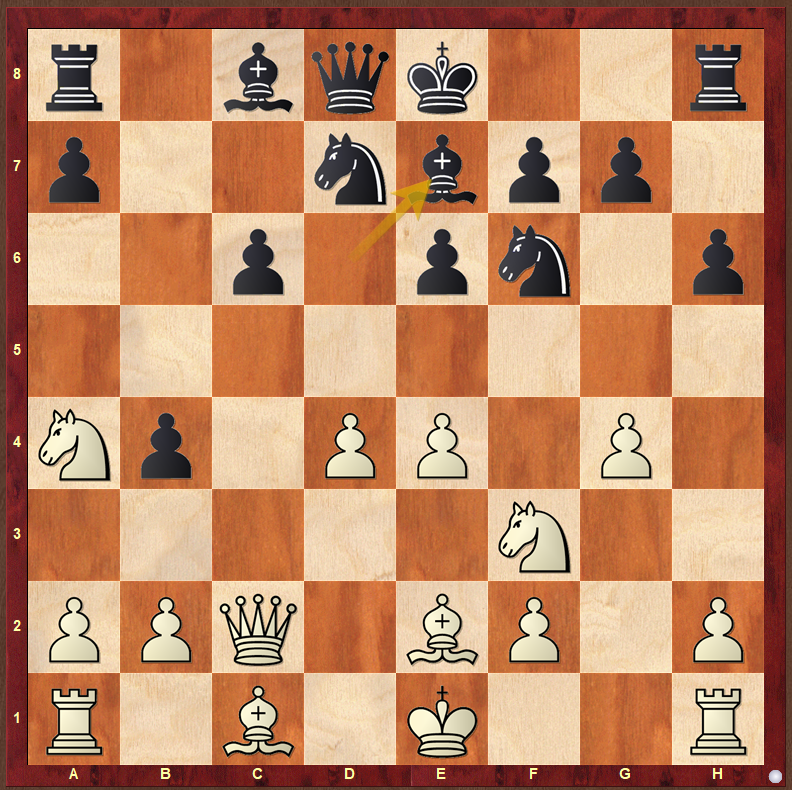 In my new book “The Silicon Road to Chess Improvement” I spend a whole chapter on engine sacrifices. One of the many sacrifices that engines play nowadays are sacrifices to clear lines for their major pieces. We saw many such long-term sacrifices from AlphaZero and modern engines are just as ready – indeed eager – to do so! One great example was from the game Combusken-rofChade in round 3 of the ongoing TCEC Swiss 2 (https://tcec-chess.com/#div=sw2&game=102&season=21)
Engines can teach us how to play like Tal or Shirov at their best! Understanding this theme is a key building block in creating promising attacking positions.

This position arose after 11 moves of the sharp 7.g4 Semi-Slav popularized by Alexei Shirov. The g4-pawn is hanging but somewhat poisoned as after …Nxg4, Rg1 White wins back the pawn on g7.

That was it! Combusken was simply looking to create an open file for its rook! So it tempted Black to take on g4 by dangling its bishop on e3! The open g-file proves to be very awkward for Black, and the extra pawn for the moment plays no part.

It’s already a bit awkward for Black to defend the g7-pawn. 14…Kf8 is possible, but it’s not particularly attractive to block in the rook on h8. 14…g6 15.e5 Nd5 16.Rxg6 is completely disastrous.

White is two pawns down, but somehow it doesn’t look like it! White’s space advantage is substantial and very solid: it’s hard to see how Black can safely challenge it, particularly as Black lacks a safe spot for the king. As you can see from the rest of the game, Combusken gradually encroached on rofChade’s position, rofChade seeming powerless to strike back at the white position.