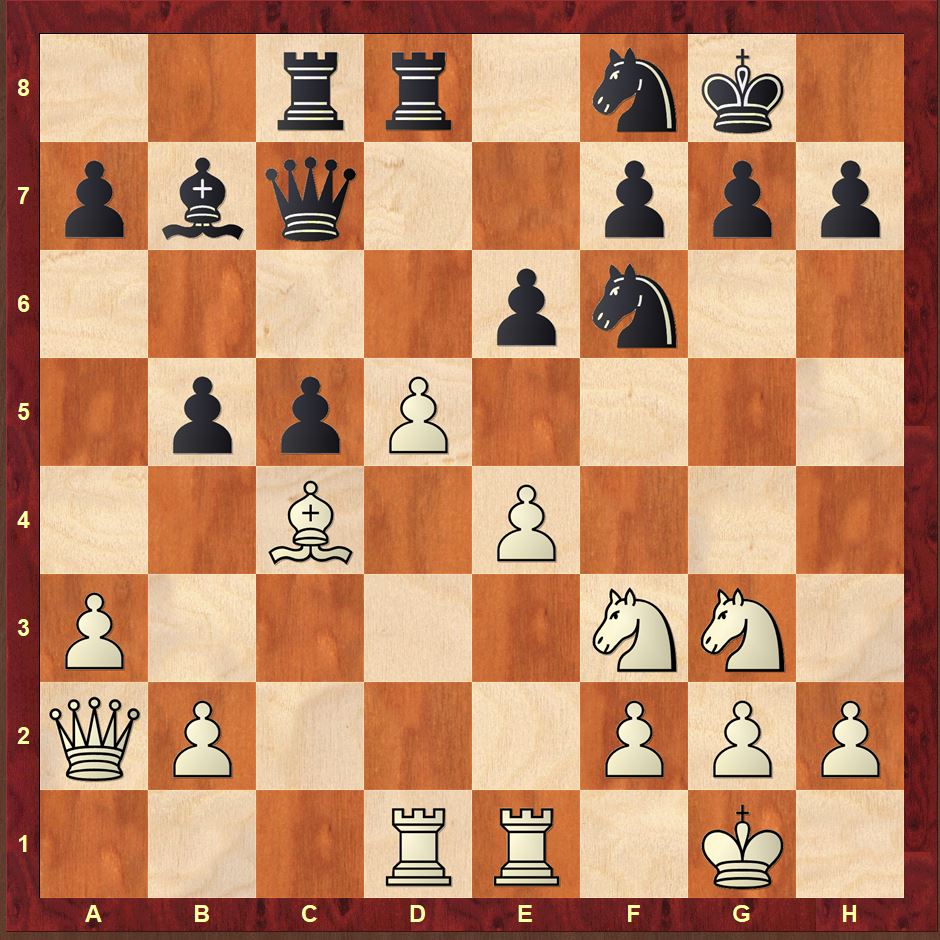 In the next few months, I am going to spend some time looking at the games of one of the strongest British players of the 1920s and 1930s, 2-times British Champion Sir George Thomas. It is strange that the British players of this period have attracted so little attention, when so many other long-forgotten players have been the subject of extensive biographies. Although the British players of that period were not first-rank masters, they were ever-present actors during a thrilling period in the world of chess and were strong enough to cause occasional upsets against the very best. We have already seen Yates’ 2 fine victories against Alekhine (https://matthewsadler.me.uk/attack/yates-and-alekhine/) and Atkins’ defeat of Rubinstein (https://matthewsadler.me.uk/attack/h-e-atkins-9-times-british-champion-part-ii/) in earlier blog articles and we will start this series by examining Sir George Thomas’ defeat of Capablanca at Hastings 1934-35.

The 1920s and 1930s were a golden period for English chess tournaments. Think of such classic tournaments as London 1922 and 1927, Nottingham 1936 and of course the annual Hastings tournaments held over the New Year. The Hastings tournament of 1934-35 was exceptionally strong with Capablanca, Euwe, Botvinnik, Flohr and Lillenthal (an ex-world champion, 2 future world champions and 2 potential world championship challengers!) making up the foreign contingent and Sir George Thomas, Michell, Vera Menchik, Norman and Sir Stuart Milner Barry as the home players.

This turned out to be the finest result of Sir George Thomas’ career – indeed a result of which any chess player would be proud – as he shared 1st place with 6,5/9 with Euwe and Flohr, defeating Capablanca and Botvinnik along the way. Only a terrible last-round loss to his compatriot Michell cost him outright first place. As the Manchester Guardian put it “Sir George has shown that in chess, also the well-tempered native blade is capable of piercing the stoutest foreign armour”

We will start off by examining his good win against Capablanca. This was the reaction in the press to this unexpected win (Yorkshire Post, 29th December 1934)

“The game […] proceeded along orthodox lines to the 24th move, when Capablanca, in a practically equal position, gave his opponent the opportunity for a neat combination which, after an exchange of pieces, left the British master with a rook and 2 minor pieces against 2 rooks with equal pawns. Thne ending was difficult, but Sir George Thomas, evading all drawing traps, made sure of the full point after some five hours of play”

As we shall see, that’s not quite right!  I have also created a short video about this game on my YouTube channel: https://youtu.be/qPMuvHk-sNc

Also go to http://cloudserver.chessbase.com/MTIyMTYx/replay.html for a playable version of this game.

A strange-looking move, though fairly logical in its own way. White and Black are locked in the “battle for a tempo” so typical of this line. White wants Black to capture on c4 before he moves his light-squared bishop, and Black wants to wait with …dxc4 until White has moved his light-squared bishop! In the meantime, both sides try and find something useful to do! White has played a3, Qc2 and Rd1 whereas Black has played …Re8 and …Nf8. 9…Nf8 is a somewhat passive move: on d7, the Black knight supported both the …c5 and …e5 freeing breaks whereas after 9…Nf8, neither of these breaks is possible, so it isn’t particularly clear whether this extra move has helped Black. For that reason, Capablanca decides that he can now afford to lose the “battle for the tempo” and develop his light-squared bishop.

was interesting in this position, using the plan that Alekhine played against Rubinstein in 1923:

A clever move, avoiding the exchange of knights in response to the gain of central space with e3–e4. Black thus does not get an opportunity to relieve his cramped position with exchanges.

Capablanca takes the opportunity to find an alternative post for the knight rather than return it to c3. The knight on g3 has 2 purposes:

Something you really wouldn’t expect from Capablanca: a 2–move manoeuvre that destroys the coordination in his position! White was in control of the position after Black’s 17th move. Both of Black’s active freeing breaks are impossible:

Black’s most likely freeing move is the …c5 break. Black’s most obvious plan to achieve this is to move the queen from the e-file and then play …c5. If White still wants to meet …c5 with d5 (which seems logical) then he will need to increase his cover of the d5 square. From that point of view, Capablanca’s 18th move is extremely logical, moving the queen to the a2–g8 diagonal and thus supporting the advance of the d-pawn after …c5. d5. However, the move is a little rushed: Black was not yet threatening …c5, so the obvious 18.b4, clamping down on …c5 was just asking to be played. This move has several points:

This is a really poor move. I’m not sure why Capablanca played it. My guess is that Capablanca was irritated with himself for not having played 18.b4 on the last move (which is a natural Capablanca move if ever there was one!) and decided to repair that omission as soon as possible by dropping the queen back to a2 to allow the b-pawn to move. Just for a moment however, the White position is lacking harmony and strength. That comes from the fact that the White queen’s room for manoeuvre is so limited: she only has 3 legal moves now! If such a powerful piece is so poorly-placed, there is a likelihood that tactics will not turn out in White’s favour.

I think that Capablanca may have missed that this move was possible – and strong – immediately without the preliminary …exd5. It would also have been Black’s idea after the quiet waiting move 19.h3 c5 20.d5 b5 as 21.Qxb5 exd5 22.exd5 Bxd5 23.Bxd5 Nxd5 24.Nf5 Ne6 would be fairly even as the Black weakness on c5 is compensated by White’s backward pawn on b2. After the move 19.Qa2 however, 20…b5 turns the position in Black’s favour!

was the best chance, although the position has already turned Black’s way who has managed to activate his queenside majority significantly with gain of tempo

(21…Rxd6 22.Rxd6 Qxd6 23.Bxb5 is fairly even. White’s pawn on e4 is a little uncomfortable to defend, and Black has some nice dark-squares around it for his minor pieces (e5 and f4) but White’s position is solid, and he can dream of first neutralising the bishop on b7 by reinforcing his centre with f2–f3 and then later exploiting the pawn weakness on c5.)

is pleasant for Black, as White always has to worry about the d6 pawn.

is just better for Black.

The bishop on c4 combines with the queen on a2 against f7 and even more importantly prevents the knight on f8 from reaching d4 via e6. Black’s key task is to find a good stable square for the knight on f8.

I wasn’t sure how wonderful this position would be for Black: White’s kingside structure is damaged, but Black has an isolated pawn on c5 too and White’s light-squared bishop exerts annoying pressure on Black’s position (the f7 pawn). It must be said however, that the threat of capturing on f7 is not so great in general: Black’s king moves to h8 and the game goes on. From that point of view, Black can definitely consider sacrificing the f7 pawn for counterplay elsewhere on the board. White’s major pieces are well-placed (just like Black’s). However, Black has a strong way to latch onto White’s kingside weaknesses:

This places the knight on the edge of the board, but it attacks White’s kingside weaknesses and the knight is also extremely hard to shift. In some senses, the knight reaches a stable outpost on h4, from which it also attacks clear White weaknesses: White’s damaged structure (doubled f-pawns) which leave the White king vulnerable behind them. Note that the knight on h4 takes away the g2 square from the White king and thus pins it to the back rank.

(27…Rd4 Black transforms his isolated c-pawn into an isolated d-pawn. The danger in this is that the pawn is more vulnerable on d4 than on c5 and that in this pawn structure, White gains a queenside pawn majority which means he can create a passed pawn there. However, the d-pawn is both a potential danger, and a shield allowing Black to transfer his queen via d7–h3 to attack White’s kingside weaknesses. This idea sharpens the position considerably. 28.Rxd4 cxd4 29.Ne2 g6)

A solid idea, keeping the advantages that Black has achieved and preparing to centralise the queen once Black’s king’s position has been made safer.

The tactical reason why White cannot stop the Black queen from centralising!

An enormous tactical mistake. I imagine that Capablanca completely misevaluated the position after 23…dxe4 24.Ng5, otherwise I can’t imagine why he would ever make this capture. Black stands very well anyway, but there was no reason for White to lose immediately!

is the way to do it: Black threatens …Qxe5 (forking both the bishop on b5 and knight on g5) while …e3 is another very unpleasant idea. It’s amazing how quickly White’s position has gone downhill. His pieces don’t make such a poor impression: the rook is centrally-placed on an open file, and the influence of the queen on a2, bishop on b5 and knight on g5 converges on the a2–g8 diagonal, so there is a sense in which White’s pieces are reasonably coordinated. However, none of White’s pieces is stable, to quote a Marin concept: all of the White pieces are undefended, instead of being anchored on protected outposts, the White back rank is weak (which means White’s king is weak), and – most crucially from a tactical point of view – the White queen is so poorly-placed after 25…c4 that she cannot perform her normal role of papering over the cracks with her power! With just 4 legal moves at her disposition (of which 2 give away material immediately) the queen temporarily contributes nothing to the game, being able neither to coordinate a counterattack nor to defend White’s loose pieces.

pointed out by my engine, wins easily

24…Qa5 would be even more decisive, though there is nothing wrong with the text either

And Thomas picked up 2 pieces for the rook with a winning position!

31…Qg5 was best, keeping the queens on to create danger on the kingside (…e3 is threatened to start with)

Thomas’ conversion has been somewhat nervy, but this move unexpectedly gives Black a fantastic tactical opportunity which Thomas exploits fully!

The rook on a6 is now very short of squares! 45.Ra4 a5 doesn’t improve matters either!

Shutting the trap! …Bc8 will win the rook on a6! A very unexpected motif!

A few days ago, my friend Steve Giddins leant me a copy of William Winter’s (another strong English player of that period) memoirs published in CHESS magazine in the 1960s. His comments on his first impressions of Capablanca in 1919 are very amusing: “I have never been partial to glossy immaculate young men, and in common with other English players, I resented his behaviour at the board. He never sat down, but when it was his turn to move, strolled up to the table, surveyed the position for a few seconds, made his move, and walked away as if he were giving a simultaneous exhibition. Probably he was justified in holding the opposition in contempt but he need not have shown it so blatantly.” Reading this, and having just witnessed Capablanca’s uncharacteristically poor series of moves between moves 18 and 23, it made me wonder whether Capablanca had perhaps failed to buckle down at the crucial moment against a player he would expect to beat convincingly. However, that was 1919, and our game was played in 1934, and to be fair to Winter, he does carry on by saying that “later on he got rid of all his mannerisms, and I came to appreciate his sterling character.”