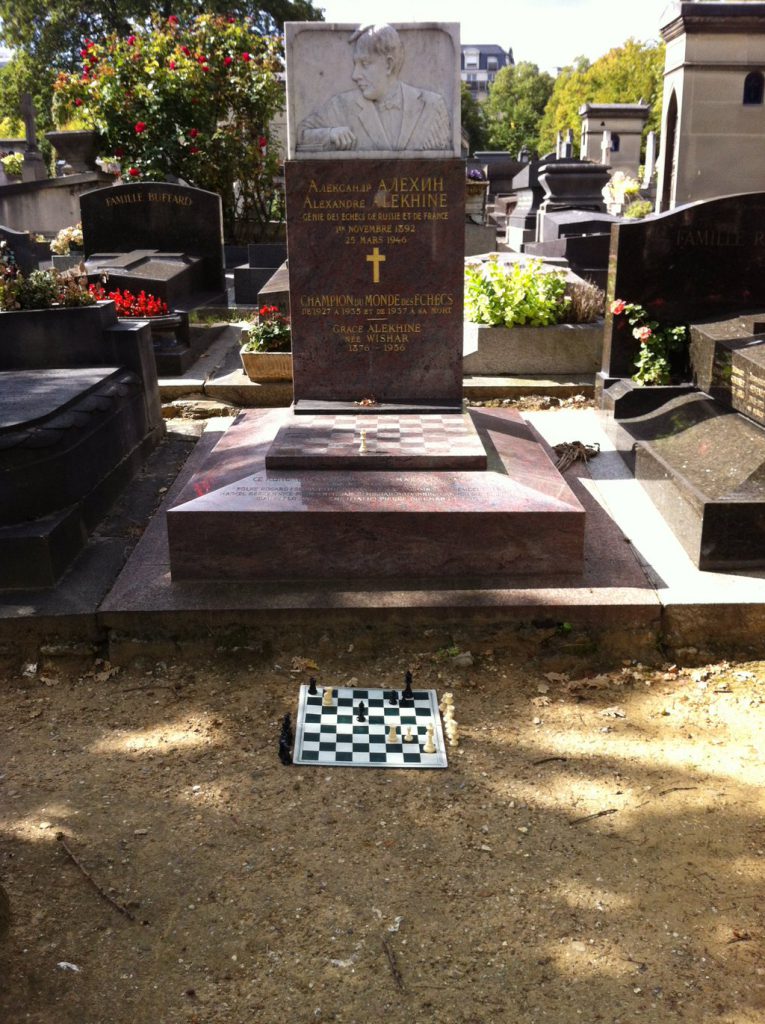 A day late on my site, but still heartfelt. A post to mark the 70th anniversary of Alexander Alekhine’s death. During a visit to Paris a couple of summers ago, I made a trip to the beautiful Cimetière du Montparnasse to visit his grave. I took a chessboard with me on which Kasparov had once analysed during a French league weekend in Auxerre in 1992. As Alekhine was a hero and inspiration for Kasparov, it seemed appropriate to make a special photo. On the board, the final position from one of Alekhine’s greatest combinations: his game against Richard Reti at Baden Baden in 1925.