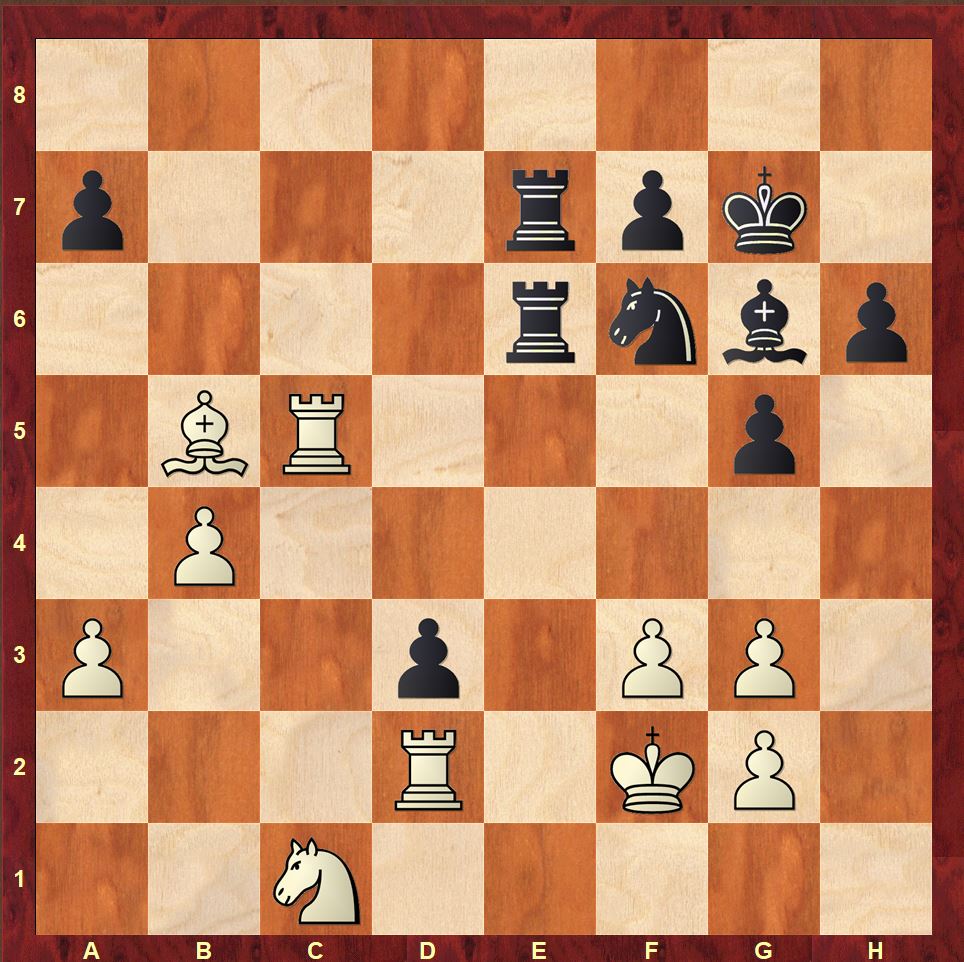 In this month’s New in Chess, I review a fantastic book by the Odessan study composer and historian Sergei Tkachenko published by the Elk and Ruby publishing house and entitled “Alekhine’s Odessa Secrets. Chess, War and Revolution”. Apart from detailing Alekhine’s activities in Odessa during and after the 1st World War, the book also excelled in descriptions of lesser-known players of that period. One such player was Paul List, a strong player who first emigrated to Berlin in 1920 and then moved to England – fleeing Hitler – in 1938. Tkachenko called him the champion of Odessa and Great Britain, stating that List had won the British Lightning Championship in 1953 (at the age of 66!). I questioned this claim in my book review as the first reference I could find to the British Lightning Championship was 1954 when the event was won by Leonard Barden.

I was delighted therefore to receive a mail from Leonard – whose daily chess column in the Guardian has been running for 61 years, a world record – clarifying matters:

“The first British Lightning championship (10 seconds a move) was played at Ilford on the Whitsun weekend of 1953.

Paul List won the individual event with 15.5/18. He was easily the best player. BCF officials ruled that he was ineligible for the title, along with Ken Smith (he of Dallas 1972 and the Smith-Morra Gambit) who was stationed in England with the US Air Force. So, the title was decided by a match between AY Green and me, who tied for second with Smith on I think 13/18. I won that match 3-2. The British Lightning wasn’t held again until the 1960s when Bernard Cafferty was a regular winner.

I think List was treated badly because the BCF had included him in the British team for the radio match with the USSR in 1946. In 1947 he came to the GB v USSR match at Holborn Town Hall to say hello to his old friend Levenfish who he hadn’t met since around Carlsbad 1911. The security man with the Soviet team spotted the conversation and Levenfish was never again allowed outside the USSR.

List was probably in declining health at Ilford (he died in 1954) which makes his success the more impressive.

Thanks, and best regards

Thanks very much indeed Leonard!

And just to finish off with a little bit of chess, Black to play and win in Grunfeld-List Berlin 1926:

8 Comments on “Paul List and the 1953 British Lightning Championship”