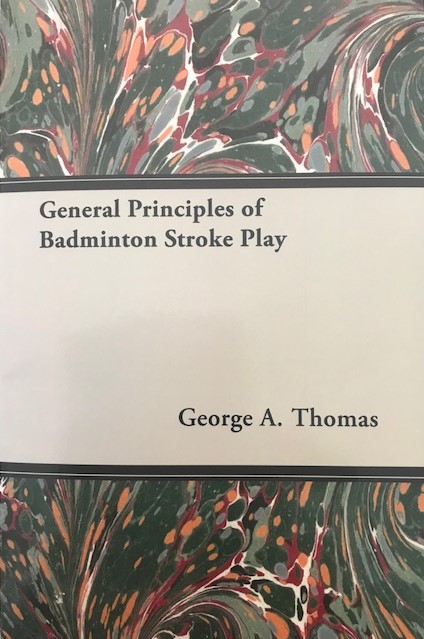 One of the nice things about looking at the games of a great British player of the past like Sir George Thomas is that you can happily spend hours looking through the British Newspaper Archives, gathering biographical information and reading the tournament reports of that time (and occasionally getting distracted by all the other news stories!). My father – a keen genealogist – also joined in, using his resources to find out additional details.

This column is work in progress, in which I will gather together any loose bits of information that I come across while searching for information about the games of Sir George Thomas that I will annotate in future blog articles.

Portsmouth-born Sir George Thomas is reported in the Western Daily Press and Bristol Mirror of November 13th, 1935 as having learnt the moves of chess from his mother. The article states that “in the records of nearly 40 years ago are the names of Lady Thomas and George Thomas in Division II of the Somerset county contest”. His mother is described by the Hastings and St. Leonards Observer of September 1st, 1923 as “a most talented and gifted lady chess player” who won the “Ladies International Chess Tournament at Hastings in 1897” (I imagine that should be 1895?)

As reported in the Cambridge Daily News, March 6th, 1918, Sir George Thomas inherited his Baronetcy after the death of his father, Sir George Sidney Mead Thomas, sixth baronet of Yapton at the age of 72. Our Sir George Alan Thomas is described as a Lieutenant in the Hampshire Regiment, and one of 3 siblings (2 sisters).

Chess author and publisher Alper Efe Ataman from Turkey (I reviewed his book “Instructive Chess Miniatures” very favourably in New in Chess a few years back) wrote to me pointing out that he’d asked some questions about Sir George Thomas’ early relationship with Istanbul to Edward Winter. The reply can be found here (fascinating stuff!) http://www.chesshistory.com/winter/winter161.html#10680._Sir_George_Thomas

Mr George Thomas (as he was then) is scolded in the Birmingham Post of March 17, 1914 for being “too closely occupied with winning Badminton championships of late to give the attention and condition requisite for such an arduous chess tournament, and he has not fulfilled the expectation formed of him after scoring 10 out of 12 in his preliminary section” after failing to win the City of London Championship (won by Edward Lasker).

Sir George Thomas refused an invitation to take part in the great New York tournament of 1924 according to The Scotsman of February 14th, 1924. Yates took his place.

The Daily Mail of August 28th, 1923 has a brief description of the new British Chess Champion in its London Letter column: “Sir George Thomas, Bart., the new British Chess Champion is that remarkable combination a first-class sportsman and an intellectual for he holds also the Badminton championship and is a first-class tennis player. Tall and slight, with hair almost white, Sir George is one of the quietest of men, speaking – when he does speak – with a slight rolling of the r’s. During the War, he served in the East and it was during the war that he succeeded to the title as 6th baronet – the first baronet being one of the original governors of Virginia. Sir George spends most of his time in England, France and Germany but he has in Constantinople a magnificent palace which was somewhat banged about during hostilities. He has a fund of first-rate droll stories, made the droller by his flair as raconteur”

The Birmingham Mail of July 11th, 1939 has a brief item about Sir George Thomas in its Club and Society Gossip column, coinciding with his donation of a trophy to start a new competition that might become the Davis Cup of badminton (it subsequently became the Thomas Cup). Along with a photo of our hero, the Birmingham mail states that “Sir George who takes his chess very seriously, seldom mixes much with the visitors in the big tournaments. In the intervals of his games, he prefers to be alone and read poetry.”

One simultaneous display that attracted press attention was against 16 inmates of Parkhurst gaol as reported in the Yorkshire Evening Post of 6th November 1935. The author of this piece obviously felt that this initiative was pandering too much to undeserving criminals. Indeed, he even saw it as a danger: “Chess being a game of strategy, is too dangerous a recreation for those who exploit society and outwit policemen. The art of the feint might find a counterpart in the art of cat burglary, or that of pawn play in the use of an innocent accomplice.” He concludes with “It must always be made clear that the evil-doer cannot triumph over the champions of society at large. For this reason, the most salutary part of this experiment was not so much that Sir George played the convicts, but that he beat them, one and all”

This register, taken on 29th September 1939, provides details of about 40 million people residing in the country at the time of the outbreak of the Second World War.

Sir George A Thomas is registered as living at Fulham, London. His occupation is given as “Private Means, Retired Journalist” and his household comprises himself and his chauffeur Norman C Hinks, born on 23rd January 1912.

Another great result for Sir George Thomas, achieved at the age of 58, was his clear 4th place at the Margate tournament of 1939, behind Keres, Capablanca and Flohr (whom he beat) and ahead of Najdorf and a host of English players.

The 68-year old Sir George Thomas is reported in the Evening News of August 28th, 1950 as having won a lightning(!) tournament at the British Congress in Buxton (presumably played next to the British Championship). Sir George won with 7/7 ahead of 27 other competitors.