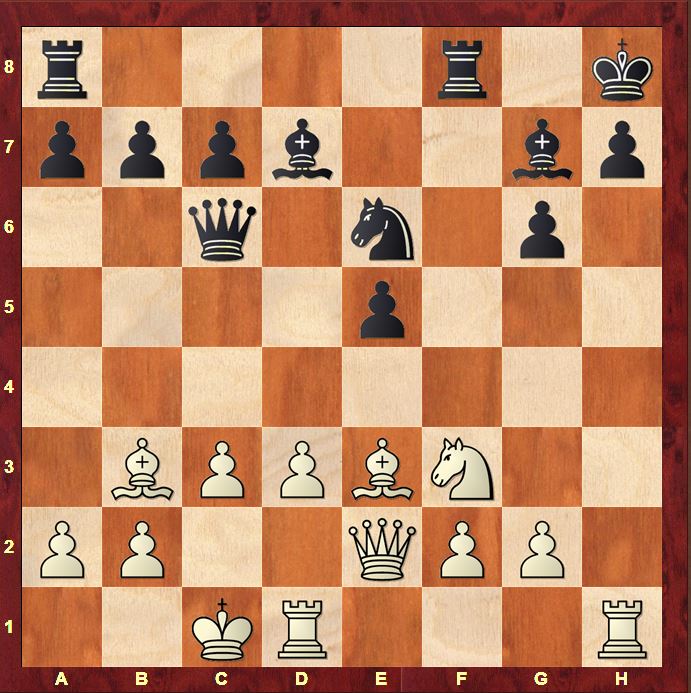 One of my favourite chapters in Chess for Life (a new book I co-authored with WIM Natasha Regan – see the books section on this blog for more details) is dedicated to the analysis of the Black opening repertory of Russian Grandmaster Sergei Tiviakov, in particular his use of the 3…Qd6 Scandinavian (1.e4 d5 2.exd5 Qxd5 3.Nc3 Qd6). This has been Sergei’s exclusive choice against 1.e4 for the past 10 years and has served him amazingly well at all levels of the game. In Chess for Life we explain how Sergei – despite sticking to a consistent repertory for many years – still manages to remain unpredictable and difficult to prepare for!

Sergei tends to think in terms of opening schemes rather than specific openings. A good example of this is his White repertory against 1.e4 e5 in which he has built up enormous experience in slow Italian or Lopez systems such as the Qe2 Ruy Lopez (1.e4 e5 2.Nf3 Nc6 3.Bb5 a6 4.Ba4 Nf5 5.Qe2 or after 5.0-0 Be7 6.Qe2). It’s a system which I’ve played quite a lot since I came back to chess in 2010 so I was extremely interested to see a Chessbase DVD by him entitled “Attacking with the Italian Game and the Ruy Lopez”. In this DVD Sergei explains how he treats the opening using examples from his enormous practical experience.

I was incredibly pleased with myself when I managed to castle queenside against the Norwegian player Danny Kovachev at the 2011 Oslo Open. I look at this game in some detail in my book “Study Chess with Matthew Sadler”. I was willing to give any number of pawns away to open lines and clear a path to the opponent’s king!

Aaah, I still love that move! I don’t want to exchange queens: I want the h-file open!

That’s what I was looking for!

My pride in this (unusual – or so I thought) concept was rather tempered when I watched Sergei’s DVD and calculated that in my database he’d castled queenside 26 times in the Ruy Lopez! And he‘s had some great games too! Take a look at this one which Sergei discusses at length in his DVD:

Well, it will take a while but I might as well start trying to catch up now! At least after the recent 4NCL in February, the score is now 26-2 as I managed to castle queenside in my Saturday game against the young English IM James Adair!

Black’s opening has gone rather wrong and the only thing White has to watch out for is the trick …Nd4, cxd4 …exd4 opening the e-file. It’s time to get the White king out of the centre.

White’s attack really plays itself. This move completes the activation of all White’s pieces. Black cannot resist against so much firepower